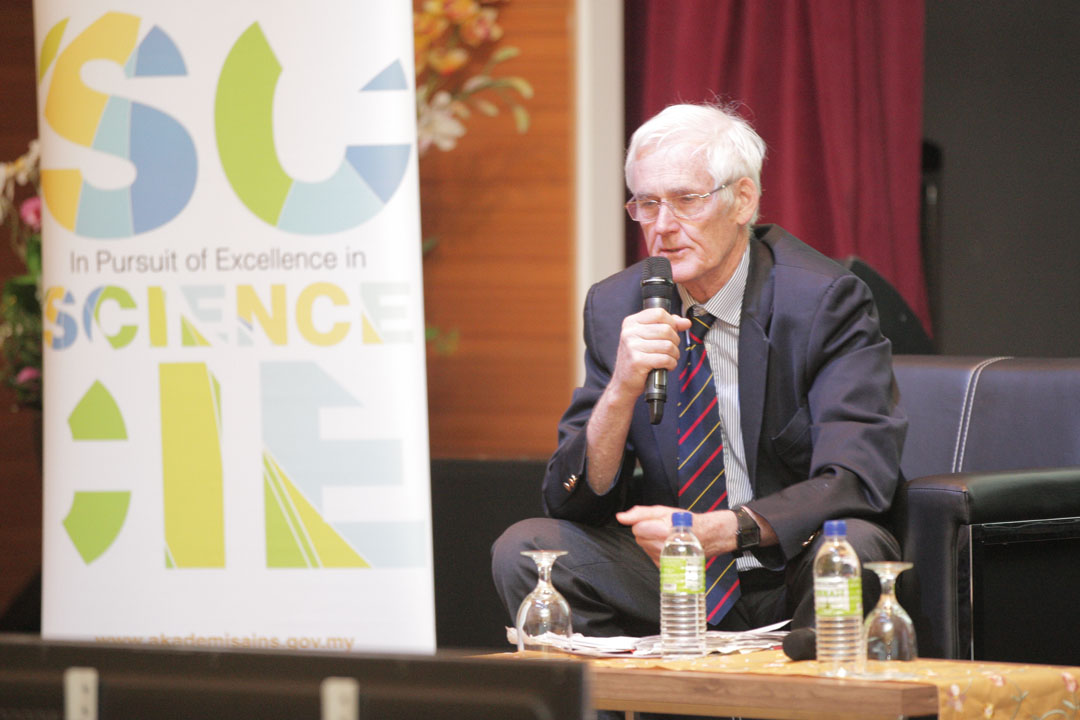 Last year, there was much discussion on the Paris Agreement which has been hailed as an important and critical milestone in strengthening global efforts  to combat the negative effects of climate change. Some of its aspirations were considered lofty by some, unrealistic by others. What  could be agreed upon is that discussion and debate needed to continue  followed by concrete action and implementation.

In his opening remarks, MSAF Trustee and President of Academy of Sciences – Tan Sri Datuk Dr Ahmad Tajuddin Ali, spoke about the importance of the topic.  Restating ASM’s stand, he  urged everyone – individuals, businesses and governments – to take prompt action to reduce emissions of greenhouse gases.

“There is much that can be done now to reduce the emissions of greenhouse gases without excessive cost. We believe that there is also a need for a major co-ordinated research effort focusing on the science and technology that underpin mitigation and adaptation strategies related to climate change. This effort should involve scientists from throughout the world. The balance of the scientific evidence demands effective steps now to avert damaging changes to the earth’s climate”.

The lecture was given by distinguished Emeritus Professor Lord Julian Hunt who is  Honorary Professor at the Department of Applied Mathematics and Theoretical Physics, University of Cambridge and Professor of Climate Modelling at the Department of Earth Sciences, University College London. A Visiting Fellow of the Malaysian Commonwealth Studies Centre at Cambridge, he was Director General and Chief Executive of the Meteorological Office, a position he held for 5 years. He also shared insight on the discussions at COP 21 in Paris.