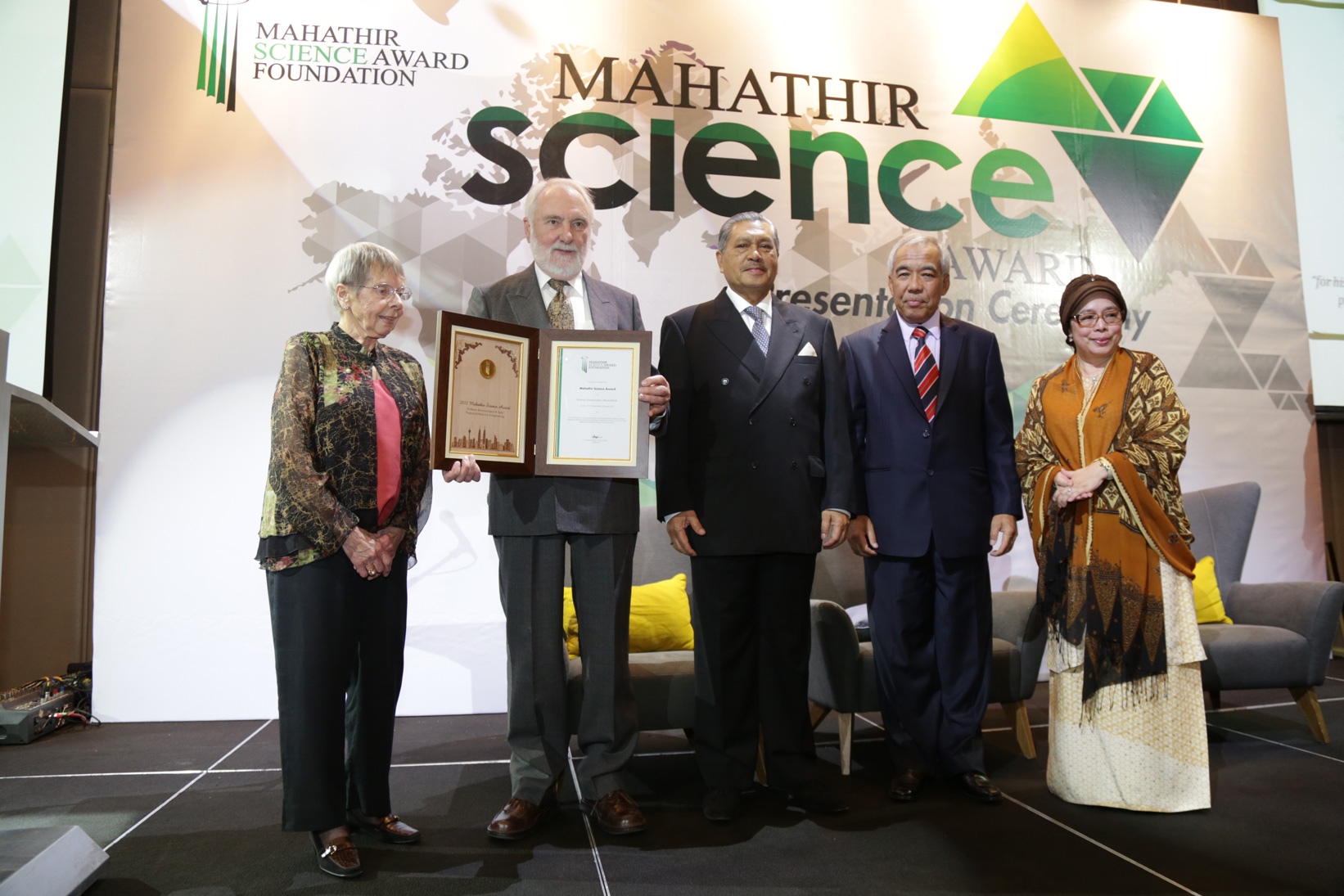 KUALA LUMPUR, Oct 5 – Dr James M. Kelly, a Professor at the Graduate School of the Department of Civil Engineering, University of California in Berkeley, was announced as the recipient for 2012 Mahathir Science Award by Tun Ahmad Sarji Abdul Hamid, Chairman of Mahathir Science Award Foundation (MSAF) at a press conference held at the Academy of Sciences Malaysia (ASM), Jalan Tun Ismail, Kuala Lumpur.

The distinguished Fellows of the Academy of Sciences Malaysia (ASM) met on 2 Oct 2012 in Kuala Lumpur to select the winner of the prestigious Mahathir Science Award for the year 2012. The winner was picked through a voting process by the Fellows based on evaluations made by an International Advisory Panel, which included Nobel Prize winner Professor Lee Yuan Tseh from Taiwan.

Dr James M. Kelly has won the award in the field of Tropical Architecture and Engineering for his contribution to the development and application of seismic rubber bearings used for protection buildings, bridges and other such structures against devastating impact of earthquake.