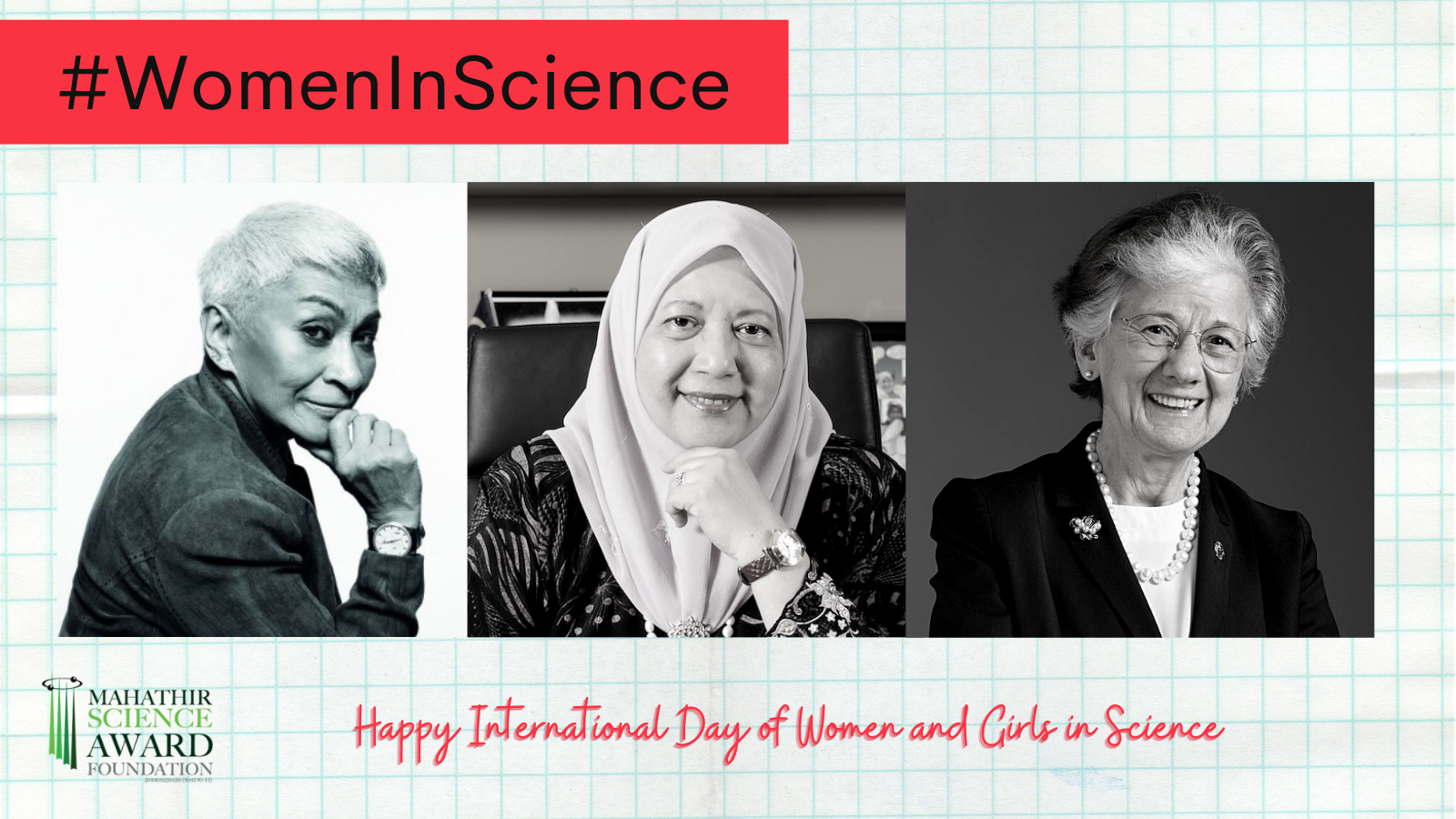 On 11 February, the world celebrates a much-needed UN-designated international day: the International Day of Women and Girls in Science.

Unfortunately, long-standing biases and systematic barriers have hindered access for women to study and work in STEM. It is important that we acknowledge that science benefits from diversity and fresh perspectives. It is therefore critical that we remove barriers for women and girls to access STEM and strengthen their participation in the STEM ecosystem.

Here we highlight three trailblazing female scientists that the Mahathir Science Award Foundation works with. We hope that knowing a bit about these fantastic role models will inspire women and girls out there to blaze their own trails in STEM. Mazlan Othman is best known in Malaysia for being the country’s first astrophysicist.   She obtained her PhD in Astrophysics from the University of Otago in New Zealand in 1981 – the first woman to do so since the University was founded in 1869.

Her literally out-of-this world career continued as she was appointed twice by the United Nations as Director of the United Nations Office for Outer Space Affairs (UNOOSA) and was selected at the request of Malaysian Prime Minister Tun Dr. Mahathir Mohamad to head Malaysia’s national space agency as the founding Director-General.

Mazlan continues to contribute to the scientific community and society through her role as the Director of the International Science Council, Regional Office for Asia and the Pacific, a senior fellow of the Malaysian Academy of Sciences and a trustee of the Mahathir Science Award Foundation.

Rita Colwell is a pioneering microbiologist and the first woman to lead the National Science Foundation in the USA. In 2015, she was awarded the Mahathir Science Award in Tropical Medicine in recognition of her decades of scientific leadership and her contributions to our current understanding of ecology of infectious diseases and the use of advanced technologies to halt their spread.

However, at the beginning of her remarkable career, when she first applied for a graduate fellowship in bacteriology, she was told, “We don’t waste fellowships on women.” A lack of support from some male superiors would lead her to change her area of study six times before completing her PhD. Despite the resistance, Colwell persevered and pushed back. Evidently, her efforts did not go to waste and in addition to her successful research career,  she was selected as the 11th Director of the US National Science Foundation where she was a proponent in increasing the number of women and minorities in STEM. 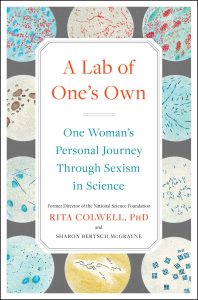 In August 2020, she published a memoir-manifesto titled A Lab of One’s Own: One Woman’s Personal Journey Through Sexism in Science. In this book, she details her experiences as a woman in science, providing a bit of guidance for the next generation of women in science.

In an interview, Asma described how her humble origins from the “boondocks” of Jitra, Kedah led her to being initially placed in the lowest-ranking class in her top-ranking primary school. Despite this, Asma proved her teacher’s assumptions wrong by consistently placing first in her year and eventually became head girl. She went on to obtain a PhD specialising in cellular and molecular biology from the University of Nevada and later worked on a rapid diagnostic test for typhoid called TYPHIDOT, which was advocated by the WHO.

Fast-forward to her career now, she leads almost 400 of Malaysia’s best scientists to contribute to the nation by providing advice to the Government on matters related to science, technology and industry. She is also a trustee of the Mahathir Science Award Foundation. In her current roles, she continuously emphasises the importance of science benefiting all walks of society.

Listen to Prof. Asma’s life story and philosophy in this video:

How Science and Technology Can Contribute to the Development of the Tropics
October 5, 2022